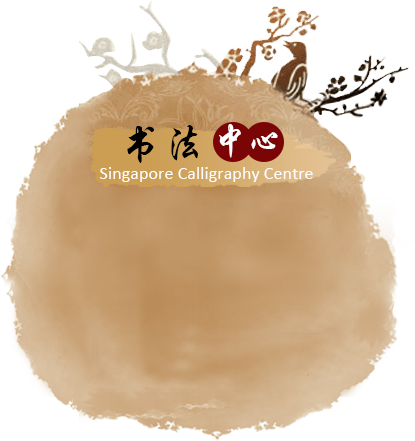 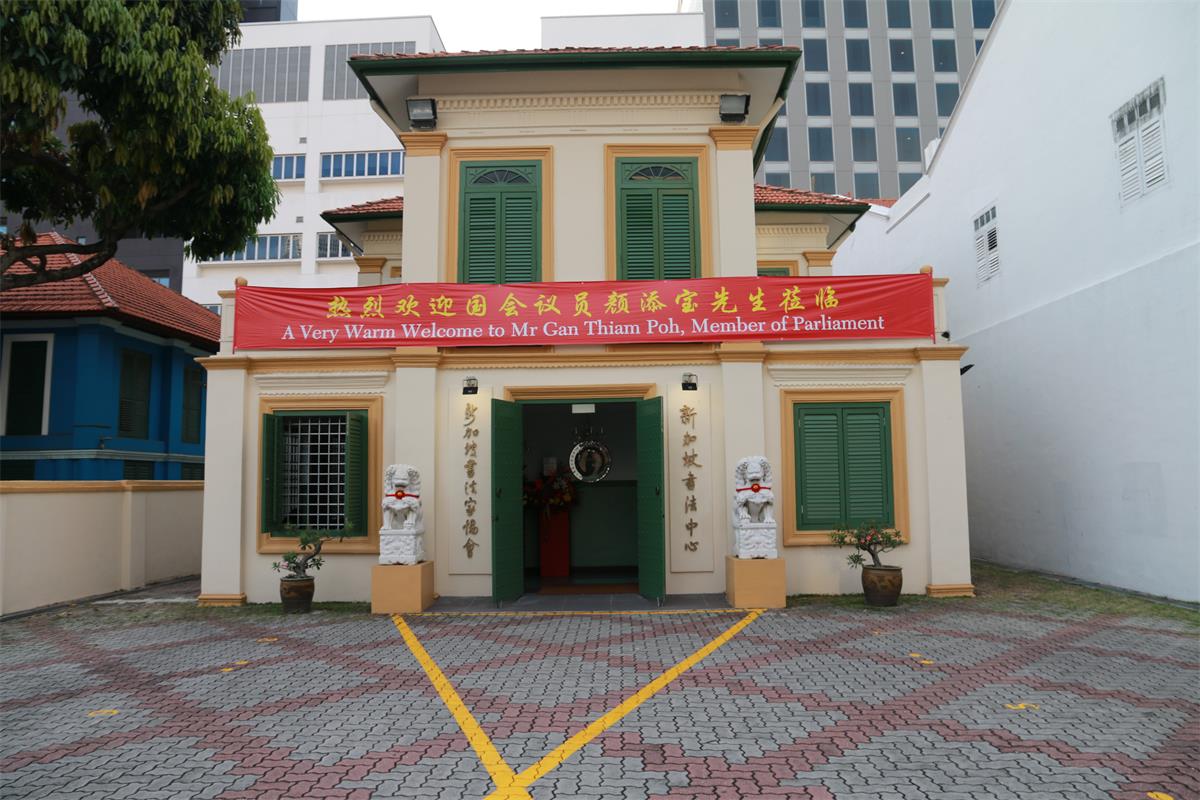 The Singapore Calligraphy Centre, refurbished and renovated at a cost of $1.35 million, was inaugurated by Mr. Wong Kan Seng, Minister for Home Affairs and Deputy Chairman of the People’s Association, on 27 May 1996. Altogether more than 600 distinguished guests attended this important and historical event.

At the ceremony, Minister Wong KanSeng, performed his first ever public demonstration of Chinese calligraphy by writing two big characters, “祥云”. His impressive strokes had earned him high acclaim from all calligraphy enthusiasts. Indeed, this demonstration had paved the way for a progressive development of this cultural art in Singapore.

The Singapore Calligraphy Centre, situated at 48 Waterloo Street Singapore 187952, is transformed from a dilapidated two-storeyed building which occupies a land area of 6666 sq. ft (about 600 sq. m) and stands on a site of 8888 sq. ft (about 800 sq. m). After the taking over of the building, committee members of the Chinese Calligraphy Society of Singapore (CCSS) immediately started action for the refurbishing work. On the one hand, meticulous efforts were taken to plan, design, and supervise the building process and on the other hand, endless efforts were put in to canvass financial support from all quarters and to appeal for donations. Under the able leadership of Prof. Tan SiahKwee, President of CCSS, committee members embarked on a faithful donation drive which witnessed the untiring efforts of all concerned to bring the result to a satisfactory conclusion. Not only supports were forthcoming from the National Arts Council, the Lee Foundation, Kwan Im Thong Hood Cho (Temple),CCSS members, calligraphy enthusiasts and the public but also donations were received from overseas calligraphers and calligraphy establishments. A total of $1.0131 million were raised and coupled with the reserve fund of $0.30 million from the CCSS and the pledge of $0.05 million from Mr.KohTiaoChye to resurface the peripheral open area of the compound, the drive had amassed a total of $1.35 million which met the financial commitment of the refurbishment works.

Enduring a face-lifting process of 20 months, the Singapore Calligraphy Centre finally evolved into an attractive and functional building and began its mission on 27 August 1995. On 9 September, with the commissioning of 23 new calligraphy classes, Singapore’s 30 years of calligraphy activities and calligraphy art education began to embark on a new milestone. On the ground floor of the Centre is the spacious “Lee Kong Chian Hall” for exhibition and auditorium purposes. There are two lecture rooms, viz. the “Pan Shou Lecture Room” and “GanKee Leong Lecture Room” in addition to a reception room and a store room.

Every week, the Centre plays host to numerous visitors from all walks of life, including local and overseas calligraphy organizations and calligraphy enthusiasts as well as students.

At the moment, the Centre has close to 50 classes with some 550 learners. In the beginning of 2005, the Singapore Senior Citizen Calligraphy University Centre set its root at the Centre and presently, has 4 classeswith around 70 students.

The following events which happened during the period are also worth mentioning:

On 12 December 1994, the first Board of Directors of the Singapore Calligraphy Centre which consisted of 28 calligraphy enthusiasts from all walks of life started their three-year term of office.

On 10 January 1996, the close to 30 year-old Chinese Calligraphy Society of Singapore’s Chinese Name was upgraded upon Government’s approval to rename it as “新加坡书法家协会” which now had a membership of 698 persons.

With the frequent exchanges of activities with calligraphy enthusiasts, both within and without, almost on a weekly basis, the busy schedule of the Centre is full steam and beyond borders. It is now ushering into a unpresented era of prosperity and growth to the envy of its predecessors. 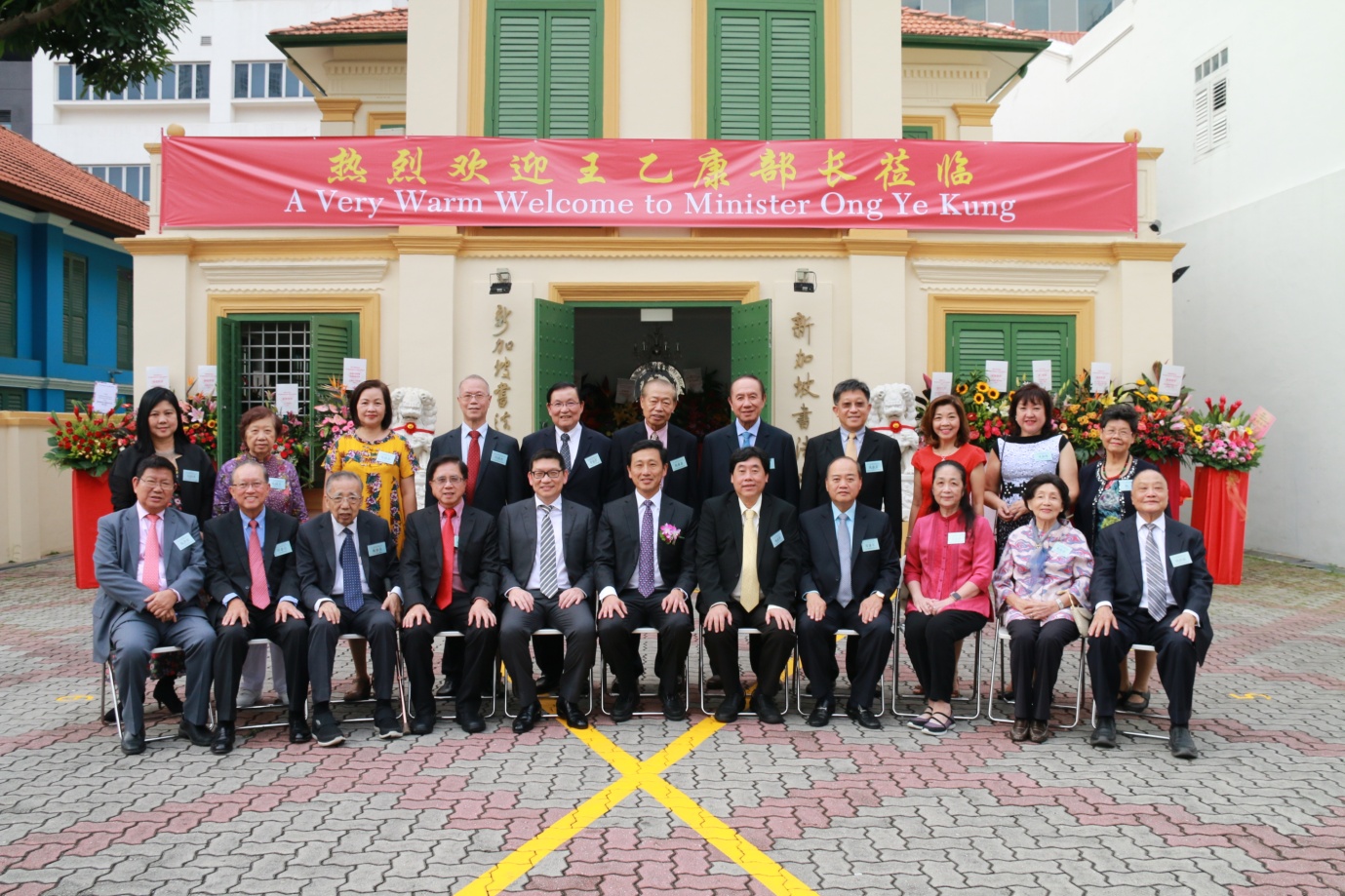